The last time I mentioned my barber was in January, it is now August. That doesn’t mean that I have been running around looking like I am auditioning for a part in a Blaxploitation movie. Quite the opposite. I have been to see him and been having my hair cut, just that we haven’t had any gay related conversations, until yesterday when I paid him a visit him.

The following ensued and like the last time, which you can catch up on here the conversation was in Igbo.

Me: How now? How is the family? (He is married with two daughters)

Emenike (Em): I am fine my brother. We thank God. How is work?

Me: Its going well, thank you. I have a big presentation on Monday; please give me a nice haircut – I need to show them that I haven’t come to sell groundnuts.

Em: Don’t worry I will take care of you, he laughed

He prepared me for the haircut and as he draped the barber’s cloth over me, he stopped mid-flight as a rather voluptuous lady walked by the shop window and attracted his attention. The other barbers and customers in the shop teased him about being happily married man and shouldn’t be gawking at other women.

Me: How is that your townsman you were telling me about?

Em: He is ok. He was here the other day. His wife is due to give birth in a few months.

Em: I asked him how he did it, as I know he doesn’t do women. He said, he just got on top of her and “wriggled” and that was that.

Last time I shagged a woman was well over 20 years ago (I hadn’t quite seen the light then). Somehow I don’t think heterosexual sex had progressed into a mere wriggle since then. Maybe that is what a quickie is now. But I wasn’t going to press the issue.

Me: Wow! That must have been horrendous for both of them.

Em: I know. He couldn’t resist family pressure on him to marry and they found a girl from the deepest corner of the village. Next step now is for children to start popping out. But it will be miserable existence for him and the wife. The man is gay.

Me: I suppose the poor girl is none the wiser and blinded by the fact that she will be living in London.

Em: Exactly!! So long as she is abroad it raises her family’s profile in the village. It doesn’t matter how miserable she would be.

Me: But he could treat her and the kid well?

Em: I beg, let me hear word. He is gayer than gay. He can’t satisfy a woman.

Me: Sometimes it is not always about sex.

Em: Not when you are of child bearing age and your people are putting pressure on you from home to have kids.

I had no come back. He stopped and took out his phone to show me a Facebook profile of a handsome guy in a red string vest and bulging pecs.

At times I come across straight Nigerians who assume I would know other gay guys. It is not like we have a watermark on our forehead only visible to members of the gay community. 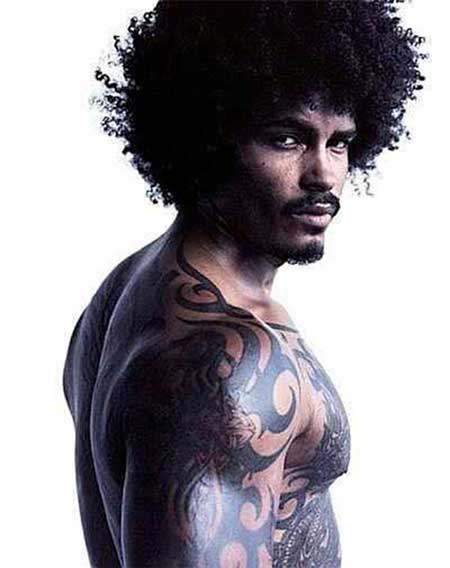 Em: He is a friend. He comes here to cut his hair sometimes. He asked me one day what I would do if one of my children said they were gay.

Me: What would you do? What did you tell him?

Typical. Just as I thought. “I accept gay people so long as they are not in my family”

Me: Ah ah, how can you not accept it? It is your child and that’s the way they were born?

EM: No, its not how they are born, biko! please. God created Adam and Eve. Men should be with women. How can you not like women?

That well-worn, pre-historic argument about God creating Adam and Eve and not Adam and Steve. This was a dramatic departure from the supposedly open minded guy I had a conversation with in January. God knows what could have happened in the intervening time. Or maybe he is trying to process homosexuality?

Me: Yes God created Adam and Eve. After a while I can only imagine they started to bore Him, like a bad Nollywood franchise movie. He decided to spice things up. He introduced a new version of Eve and called him Steve and upgraded Adam to Adam 2.0. Adam 2.0 and Steve got on well and brought a lot of variety and it made for interesting viewing in the eyes of God. God is quite creative like that. Since that change in storyline worked, God has introduced different versions of Adam and Eve and the rest is history.

Em: Hmm, I still don’t understand. How can you not like women? You see that woman that passed earlier, how could you not like that?

Me : Do you like every shape of woman you see.

Em: Yes now, what is there not to like?

Em: Well, within reason. He laughed

Me: Anyway, I think apart from wanting a better life for you and your family, I think fate has brought you here to open your eyes to other ways of the world.

Me:You cannot say homosexuality does not exist and that you have never seen or heard of it. You are surrounded by it. I am not saying any of your kids will be gay, but if they turned out to be, I hope you love the child unconditionally. You said yourself, your gay townsman will not be happy being married to a woman. Would you want to subject your own flesh and blood to such unhappiness the rest of their life? 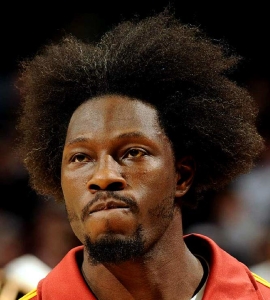 Em: I see your point. He shrugged.

He finished cutting my hair, I checked myself in the mirror. He did a good job. I paid, said good bye and left.

At the end of my last entry, I was somewhat cynical about his whole gay acceptance thing. It seems my cynicism wasn’t misplaced. He is prepared to be tolerant of gays, so long as they are not in his own family. I was honestly thinking this mindset would set in when he settled back in Nigeria, where the average person thinks gay is evil (and corruption is good). Alas, sadly he has this mindset here in the UK.

I hope to continue talking to him about it.

5 thoughts on “Conversation With The Barber II”