Tired of looking like I was auditioning for the title role in the sequel of Django and also tired of my mother thinking I was heading to Turkey to cross the border into Syria, the other week, I decided to have a long overdue haircut and a beard trim.

The following conversation took place with my barber, Emenike. As usual it was in Igbo language.

Me: I am fine. How is your family?

Em: They are fine. We thank God.

As I sat in the chair he felt my arms.

Em: It looks like you are getting bigger. How many times a week to you go to the gym?

Me: About 3-4 times a week, depending on how busy work is. But it’s mostly to look at the guys in the gym, the exercise gets in the way.

He laughs at my joke as he drapes the barber’s clothes over me and fastens it around my neck.

Em: How do you want your hair cut today?

Me:  Cut it low on top and fade the sides and back in, please.

He starts cutting my hair

Em: But seriously, what is your gym routine?

Without being boastful, I gave him a brief rundown of my routine. 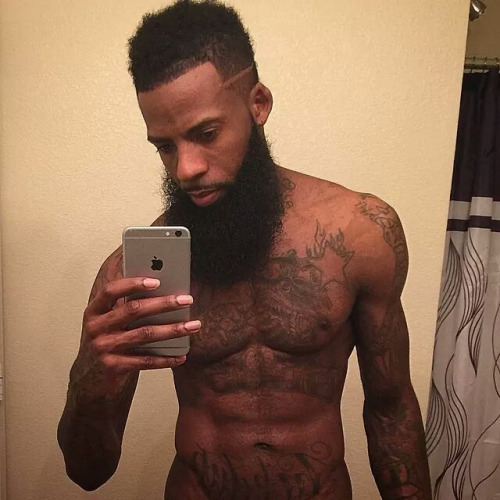 EM: Wow, that is really good. Such dedication. I used to go to the gym a lot  but with this shop and the kids came along, I can’t find time to go as much as I used to.

Me: Yes, I hear you, but you just have to fit it in somehow or do some basic exercises at home.

EM: With a body like yours, you should be real ladykiller.

Em: They will be going crazy for you, fine guy like you. You will have your pick.  You will just be hammering them in bed.

Gosh he sounded a bit lewd. It felt  like he was having visions of me having sex with a woman. Was he picturing me naked? Ughhh

Me: Well sadly for them, that won’t be happening any time soon.

Em: You sure that you don’t want to try?

Me: No, I am fine thanks. But you should try sleeping with a man.

He paused for a second and laughed…

Em: One of my (gay) customers sat in this same chair and told me the same  thing.  The guy said there is somewhere he will touch me that will get me hard. I just laughed at him.

Me: I guess it’s the same way women don’t move me anymore.

Em: But they moved you before, they can move you again.

Me: I doubt it and I am not willing to try.  At least I can say, I have been with women before, can you say the same about being with a man?

Silence. He kept cutting my hair. I really shut him up…….or not!

Em: I will be praying for you. I will make it a prayer point 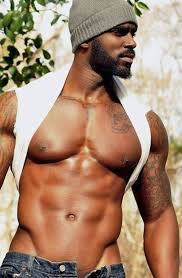 Me: To win the lottery I hope?

Now I burst out laughing. This guy is a die hard. He must be getting paid a commission for every gay guy he converts to straight.

Em: Why are you laughing? It is possible.

Me: I should introduce you to my mother. She has been praying for me to get married since forever. Maybe you two can combine prayer points and pray for me. After all  “Where two or three are gathered in my name…..”  and all that.

For a long while, after I told my mother years ago that I wouldn’t  be getting married to a woman, she’d mail me religious flyers for Pentecostal Church singles’ night . Perhaps in the hope that  I would change my mind, or more importantly God would change it for me. But all that stopped 3 years ago when I bought her an Ipad for Christmas and personally provided her hours of one on one tuition on how to use it and telephone support whenever she had problems with the apps. Now she sends me the religious flyers via e-mail. I guess I have only myself to blame.

Me: From our previous conversations, I thought you were more accepting of homosexuality?

Em: I am. But I also believe with prayer people can change. 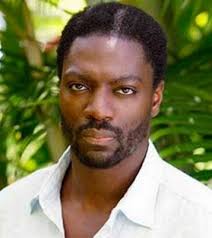 Me: Did you change Churches since the last time we spoke about homosexuality?

Me: So where has this newfound belief come from? Or was it there when we spoke last time?

Em:  I know gays exists, but I don’t understand it. And I believe with prayer and faith, God can change it.

Me: You don’t have to understand it. You just have to let it be. There are many things in the world that we don’t understand, but so long as it doesn’t harm us, we just let it be. It’s nature. Besides what makes you think God is not happy with my sexuality?

Em. It is in the Bible….Man shall not sleep with man…….

Me: Yes, yes. Bible also says, there is a way you have sex with your wife that is not acceptable. The way you make her pleasure you in bed. Have you asked God to change that too?

Me: Knowing what you know about me, what will you do if God answered your prayers and presented one of your sisters to me?

Em: Ah ah, That won’t happen now? Anyway, I have finished cutting your hair.  Next customer.

And with that the conversation ended…for now.

I have always been jaded about his acceptance of gay people and I mentioned this at the end of our first conversation. I felt it was tentative and opined that his acceptance would waver if, or when he went back home to Nigeria where the society is mostly homophobic, to settle down.

I was wrong. He didn’t have to go back home to retrogress. Somehow he has recoiled from the light which was the “acceptance of gays”, dimming at “you can be gay, but not in my family” and landing firmly in darkness that is “you can pray away the gay”.

I wonder what will be next?  Perhaps a refusal of service until I turn straight.

But somehow I don’t think so….he does have a family to feed.

6 thoughts on “Conversation With The Barber III”