The hustle is real, so off to work I go.

I do the 10 minute walk to the London Underground station. I have my headphones on. I am listening to music from my “recently played” playlist set on random selection mode. There are 175 songs. Means songs from Classical, Musicals, Pop, RnB, Gospel, Hip Hop, Afrobeat and possibly Apala music genres can start playing any time. I like the unpredictability.

I get to the Tube station and the platform is crowded.  About 3 people deep from the edge of the platform, there is some delay on the line. I was hoping for a trouble free journey into work today.

And right on cue, Andra Day starts singing “Not Today” in my ears with her mellow and soul stirring voice .

I maneuver myself into position on the section of the platform, where I can get on the carriage nearest the exit when the train arrives at my stop. Most people do this.

I am behind a young interracial couple. They are probably in their mid to late twenties. She white, blonde, about 5’7” tall, wearing light make up and a body hugging short black dress, that accentuates her curves. He Indian, stands at roughly 5’10”, athletic build, wearing a blue turban on his head and a light pink shirt tucked into a pair of grey slim fitting trousers and holding a gym bag. I assume he will be going to the gym at some point in the day. They look so loved up.

Tina Turner starts to serenade me with “Two People”. How sweet.

I steal a look at this bum. It would be rude not to. It is visible. Not flat. Not big, but round and firm. It complements his athletic body nicely. I know I shouldn’t foster stereotypes, but for an Indian, “Baby got back”.  Would I tap that?  Most likely, but that’s not up to me. He kinda looks hella straight. I will call him Ramdeep. 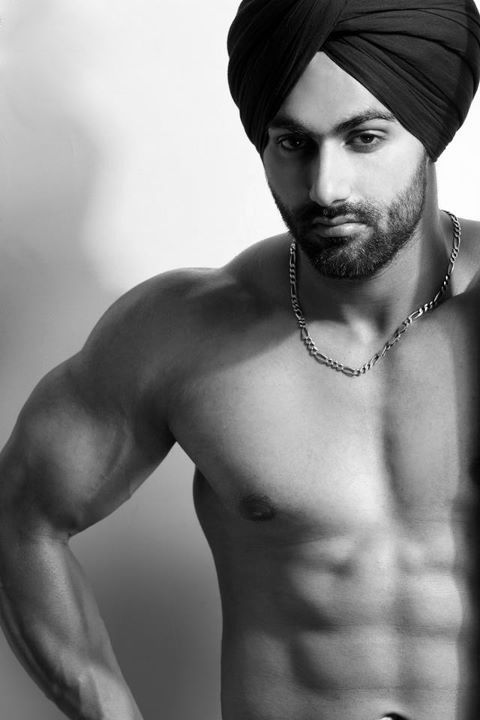 Two busy trains come into the platform in succession. No one gets off from the carriage we are positioned in front of, so no one gets on. Shit I will be late for a meeting at work. A third one comes in. Some passengers get off and more people on the platform try to occupy the space they vacate. Back in the day, in Lasgidi (Lagos), I learned how to squeeze myself into a crowded Molue bus. If they think I will forget those skills for the sake of propriety, they have another thing coming.

I manage to get on.

Fela Kuti starts playing  “Shuffering and Shmilling” through my headphones. The line in the song “49 sitting and 99 standing” very much describes the situation in the train carriage. The rest of the song, though released over 30 years ago, highlights endemic corruption which is still very pertinent to Nigeria…But I digress.

It’s a tight squeeze. My back is pressed against the carriage door. Ramdeep with the nice cakes, is in front of me. He is facing his girlfriend with his back to me and his firm round butt just about grazing my groin area. Any slight movement and it will brush against me for sure.

I press my back as much as I comfortably can against the door, to create a respectable distance between my groin and his butt. I won’t be in this position for too long. Maximum 3 minutes.  The next stop has connections to other underground lines and a good number of passengers will get off.

The train sets off. 30 seconds into the journey, something causes Ramdeep to move back a bit. Perhaps being the attentive boyfriend that he is, he is trying to give his girlfriend a bit of space to ease the crush on her. Not sure if he is aware but, he just entered the unspoken allowable personal space of an adjacent individual in a packed train.

I don’t say anything. No point causing a fuss. Besides if he doesn’t mind his backside just about resting on another man’s groin…more power to him.

Now, his butt is grazing my groin and he unconsciously mirrors the slight rocking motion of the train, only he is subtly swaying back and forth into me.

Christina Aguilera  croons “Want your skin up against mine. Move my hips to the baseline…” from her song “Get mine, Get yours” from the playlist.

Oh Lord, this is not good.  It would be over in about 2 and a half minutes. Wrong.

Train slows to a halt in the tunnel. Train driver announces that we have been held at a stop signal by the controller.  There is a defective train at the next station. They are doing all they can to remove it.

I use all sorts of diversionary thinking techniques to divert attention from the round butt which is now nestling firmly on my groin. I try to imagine the controller in the control room barking orders to ground staff to get the defective train off the track. I wonder what he had for breakfast.  Did he even have breakfast? And what makes me think the controller is a man? Am I that ingrained in traditional gender stereotypes that I automatically think that some jobs are not meant for women?

But alas, my efforts are thwarted by Andra Day. Now she is singing “Rise up”.

The song has no sexual connotations whatsoever. It is meant to be an inspirational song. A rousing song of hope in the face of adversity. But at the chorus where she goes “And I rise up” it isn’t my hope that is getting roused.

‘Deep ( my pet name for him, as we are now quite close) seems oblivious of anything digging into his backside (I assure you, that is a shortcoming on my part). He is still talking with his girlfriend. He isn’t moving away. He stays firmly in place. As do I; there is no wriggle room to inch away.

I know that we have been stuck in the tunnel for 5 minutes, but it feels like eternity. I close my eyes and I will the situation away. I have never been good at this….especially when getting a massage…in the nude. There was this one time in a male spa in Bali….No not now. I can’t think such thoughts……

I must try some Jedi mind tricks. I am imagining the gender neutral controller, stepping into a phone box and coming out in a gender neutral super hero outfit. They are now flying down at superhuman speed to the defective train to lift it off the tracks….and then the damn Guitar Strings of Carlos Santana sampled on DJ khaled’s “Wild Thoughts” starts playing in my ear.

And No, I definitely do not want to see you nakey, nakey naked!!

Usually if I am above ground or where there is enough space I grind my hips to the melodic Latin rhythm of Senor Santana’s guitar. Salsa style. I am closing my eyes to concentrate on not grinding my hips. The song is halfway through Rihanna’s part. I have stayed still all this while; at least I think I have.

I feel an ever so subtle pulsating movement down there. I am mortified. Are my hips disobeying orders from my brain? Have they forsaken me and started grinding on their own?

I open my eyes and look down.  ‘Deep, still chatting with his girlfriend and is clenching and releasing his butt cheeks.

It looks like he isn’t conscious of his movement, almost like he has no control over his glutes’ involuntary movement.  Or maybe he is just doing his Kegel exercises?  It is an odd but pleasurable sensation. One I would not have minded exploring a bit more with him, but for the environment I find myself in. He definitely has potential…Hmm maybe I wouldn’t mind seeing him nakey, nakey, naked, after all…

Bryson Tiller starts to sing his part of the song.  The train starts moving. We pull into the station. Deep is still doing the Kegel. The doors open, I step off the train backwards to let people off. He turns around not letting go of his girlfriend’s hand.

I look up, our eyes lock. We hold each other’s gaze a second longer than necessary.

He gives me a knowing smile and winks then brushes pass me.