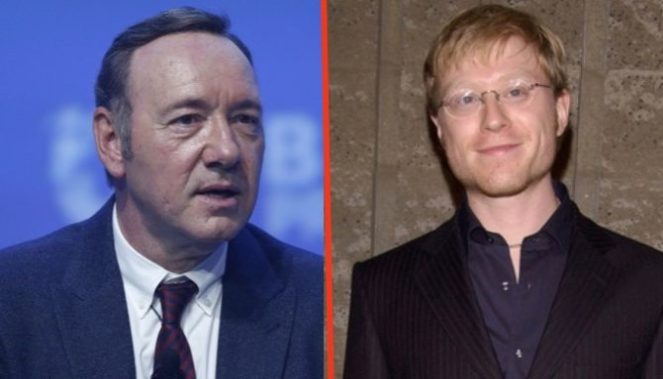 Any form of sexual harassment is inappropriate between adults of consenting age and more so if the victim is underage.

Yes what a 26 year old Kevin Spacey did to a 14 year Old Anthony Rapp, 30 years ago was improper under any circumstance.

Since Mr. Rapp’s (now 46)  story broke yesterday, Mr. Spacey (58) has issued a statement in which he stated that he was “beyond horrified” by the allegation.  He has drawn the ire of many Social media commentators (basically anyone who has access to a keyboard)  because in the statement, he effectively blamed his actions on alcohol and for good measure he took the opportunity to come out as a gay man.

Many people have said, he has used his coming out to deflect from the issue molesting an underage person. A tactic he borrowed from his fictional character President Frank Underwood,in House of Cards. While I see where they are coming from, I do not necessarily entirely agree with that conjecture.

Firstly, It’s been an open secret for years that Spacey is gay. There was an unfortunate incident many years ago during his residency at the Old Vic theatre in London where he was the artistic director (2003-2015), when it was reported that he was attacked while walking his dog around 3am,in a park well known for night time gay cruising. Maybe he was researching  a forthcoming role – Go figure.

Secondly, these days when actors in the West where homosexuality is accepted come out, it does not have the same “wow-factor” as it did 20 years ago. So if it was his intention to use coming out as a softening the sexual advances on a minor blow, it is as limp as a dick on a guy high on GHB at a chemsex party.

I have also read comments that this scandal strengthens the assertion by homophobes , especially those from my Village, that homosexuals are pedophiles by default. Also they will say this one incident was pivotal to Rapp, turning gay. For the next foreseeable future I think one would need the communication skills and tenacity of Sean Spicer to refute these assertions and many more on social media forums. The battle will be fierce.

I am not defending or condoning what Kevin Spacey did. At best it was reprehensible and at worst lewd. However I feel I should  ask a few (probably unpopular) questions  and I am by no means taking away from Anthony Rapp’s terrible ordeal, but –

Where were his parents?

Who lets a 14 year old child go to a Nightclub?

Who lets a 14 year old child into a Nightclub?

Was no one chaperoning the Anthony Rapp that night? Had he no curfew?

From the story so far, what happened that night was entirely Kevin Spacey’s doing and I wholeheartedly agree, but it could have been prevented.

It wasn’t right what happened to Anthony Rapp and he would be forgiven for sending some Klingons to sort Kevin Spacey out, but he shouldn’t have been in that situation unchaperoned even at the best of times.

Perhaps underage kids being allowed to go clubbing , people not raising an eyebrow and chalking it down to just having fun, is the norm in the Hollywood.

But this is a sad consequence of such nonchalance.

13 thoughts on “Whose Child Is This?”