Starbucks baristas are notorious for misspelling my name when taking my order and writing it on the paper cup. It comes out meaning nothing to me, but clearly meaning something to the barista taking the order in whatever language they speak. How many ways can you spell “Keredim”? Ask a Starbucks Barista.

I have a friend who has the same name as I do and we got into a competition to see whose local Starbucks will come up with the weirdest spelling of our name.

I lost the contest. However in my competitiveness, I had more than a few sugary Starbucks drinks and pastries; add to that a recent 10 day trip to Nigeria where all I did was eat freshly cooked meals, I gained more than a few pounds and my hips stopped lying in my trousers. 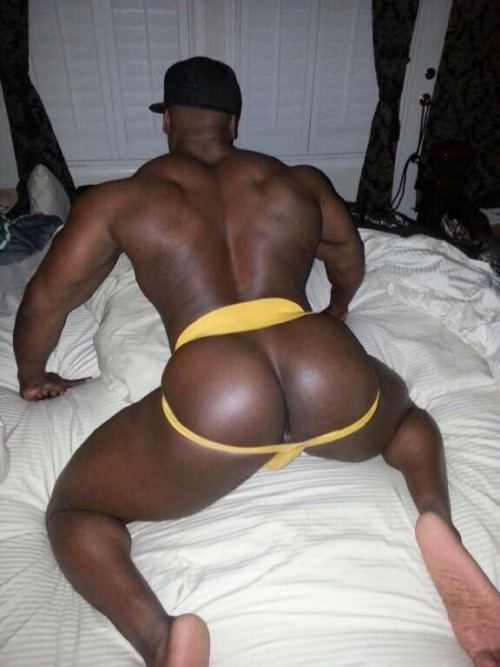 So I have adopted a new workout regime and eating plan. One of those 12 week body transformation programs which I have modified to suit my lifestyle. The modification means it will take anything from between 12 months and 12 years to look anything like the “after” photo shopped models used to advertise the programs on Instagram.

As prescribed by the program I rest between sets during an exercise. During this time, I keep myself amused by looking around the gym and making up stories about other gym members.

There in the corner on the Smiths machine are the Muslim brothers. They are quite friendly and do say hello to me whenever we meet in or outside the gym. One is dark, short with lean muscles and is from West Africa (Siddique). The other is light skinned, slightly taller, with a shaved head, looks Middle Eastern  and with soft muscles (Wassim).

They both always wear track suit bottoms and a white T-shirt. Though they are friends I call them “Muslim brothers” because of the fashionable Muslim cleric beard they both spot. In my mind I imagine them to be devout Muslims (they stopped coming to the gym during the recently ended month of Ramadan) with wives and kids, but secretly fool around with each other. I imagine Siddique is the top and Wassim with his jiggly soft round ass is the bottom. When they get down to business, Siddique would spin him around in bed and toss his sal….. I better stop before I get a fatwa on my fat backside……

Then walking around like a tall Ewok is a bearded black guy wearing a dirty dark grey track suit. Underneath that are two layers of clothing. He has a black beanie hat on, tightly pulled over his ears and forehead and almost covering his eyes. I am sure his peripheral vision is obscured. For some reason the beanie hat is held in place by a set of red “not-quite” Beat headphones that makes him look like he is wearing ear muffs. It is August and this guy is still dressed like it is arctic winter outside. He looks very unkempt;  like he is going for the grunge look. …I heard somewhere that grunge is a look, not a like style. Someone needs to tell him. Not much of a talker; he looks like he communicates by grunting. He keeps himself to himself; or maybe people are too scared to talk to him. God knows I am.

Ah, yes I can see (or rather hear) Crater back is in the gym today. He is doing Deadlifts today. Crater back is blond, average height, has a handsome face and I swear six months ago was slim. But he has become quite muscular and I dare say, with an increasingly aggressive behaviour which he didn’t have when he was slim six months ago. He makes a point of dropping the weights down with a loud thud after each exercise. It would appear the louder the thud, the more muscles you gain. I must try it sometime. He tends to make loud exaggerated noises during his exercise, especially when on the last two reps of the set. Think of the noise made by a porn actor in the few moments before the money shot. Then extend the noise for a minute or so. See how annoying that is? Someone said, he sounds like a male grizzly bear being sexually violated in a forest. (Please don’t ask me how he knows that). To me it sounds like he is having a baby and I half expect to hear a loud slap and a baby cry at the end of each exercise set.

Most times Crater back wears short gym shorts and a vest. As with most muscular guys, he doesn’t believe in leg days and because he now has a very well built upper body and mosquito legs, he looks like the cartoon character Johnny Bravo. 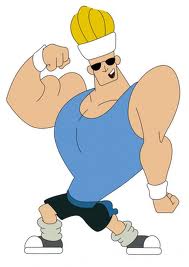 Why do I call him Crater back? In the last six months he has developed a bad case of acne on his back making it look the surface of the moon. Sometimes I catch myself looking up expecting to see a lunar craft crashing through the roof in a landing attempt on his back. It might be heat rash, but I think he needs to see a dermatologist about it.

Then there is the white heterosexual couple. They look like they are in their twenties. She is slim with light brown hair. He, not fat not slim, toned, average looking. They always show Public Displays of Affection (PDA). They do the same exercises and kiss between sets or when they take turns on machines. Ah young love. I have noticed a few times though, either one of them looking at me during or just after these PDAs. Imagine  speech bubbles above their heads. Hers would say, “I bet you want to be with me” or “It’s you I should be kissing”. His would say, “Stop looking at my woman”. Mine would say, “I don’t eat fish and if I did, it would be fresh”.

So I eventually finish my work out and head to the Men’s changing room for a quick shower. There were six showers separated by frosted glass partitions, but no doors, so it is not entirely private. They are all empty so I pick one. About a minute into my shower hetero guy enters the shower cubicle opposite mine and starts soaping himself. Nothing usual about that, except that he seemed to be concentrating on his dick. Soon enough he worked himself up into a well above average erection. He might have been average looking body wise, but the Good Lord has blessed this guy. It was huge. A good 11 inches long and relatively thick. And I wonder, how the hell his girlfriend accommodates that, and from their PDA on the gym floor, it would seem every other night. He looks up and catches me looking and smiles intently at me and winks. Ok? What is going on here?

Then he turns around and bends over slightly and spreads his flat ass cheeks, exposing his pink hole, looking over his shoulder and beckoning me over. Jesus what rubbish is this?

There is no stirring in my loins. Could be because I finally came to the sad realisation that a flat bottom will always be flat no matter how much the owner tries to exaggerate it; Or perhaps it was the fear that someone might walk into the shower room and see that I was excited by what I could only describe as a freak show; Or it was a trap and hetero guy could shout “rape” and cause a commotion; Or it could be all of the above. But bottom line is I am not moved. If anything, it had recoiled in horror.

He sees my lack of interest and turns around to face me and kneads his long hard dick with both hands. He works the full length from the base and twisting at the tip. He keeps this rhythmic movement going for about 2 minutes.

During this time, I am wondering, the way he and his girlfriend were carrying on, I would have thought they had sex before heading out to the gym. Then it dawns on me, I mixed up the speech bubbles!! Hetero guy, could actually be gay or at least bisexual and I misread the looks he gave me on the gym floor.

He stiffens, lets out a gasp and shoots his wad on the floor.

He rinses the soap off his body and dries himself off and hurries out to the lockers. I do the same and go into the locker area and he is there.

He does not make eye contact with me and quickly puts his clothes on and does the “Walk of Shame” out of the changing room.

I think I will be showering at home from now on.