**Some more inane drivel, (made even worse by being stuck indoors on account of the Coronavirus lockdown), which like most of my posts isn’t intended to make sense**

In my last post, I said I would bore regale you with how I am managing to remain unplugged from social media & Grindr for lent and under what is now effectively a lockdown in London.

Well, I now watch a vast amount of silly programmes on TV. Which is ironic, because many decades ago – when having Corona meant one owned a Toyota car, I was what would have then been considered a TV addict. Back then in Nigeria, TV transmission began at 4pm and ended at 12midnight with the National Anthem. I was in school and I would finish all my chores before 4pm and any unfinished school homework before then remained, much to the consternation of my class teacher, unfinished.  I would remain rooted in one spot on the living room carpet watching what, now that we are spoilt for choice with multiple TV channels and 24 hour programming, would be considered as badly produced TV. So it would I appear that I have now placed one addiction on hold to resume an old one.

It therefore came as no surprise when at the end of every term, the recurring theme in my report card for all the subjects, and now similar to this blog, was “He can do better….”. When family and friends asked how I did at the end of term, my Dad would pipe up and joke that I could have done better if, I hadn’t stayed up all term watching TV everyday till they sang  “God Save the Queen”. Considering this was about 20 years after Nigeria gained independence from the UK, that was shade. My father has been throwing shade since 1938, which I now realise impacted my childhood and he has a lot to answer for.😡

One of the TV programmes I found, while trying to avoid any news about the Coronavirus (Brexit please come back, I miss you) is an “unscripted” reality TV series called HOT & HEAVY. Basically TV cameras follow three mixed-weight couples who face judgment for being heavier women involved with smaller men.

HOT – The men featured are various degrees of hunky, handsome and average/ athletic build and on the surface can have any conventionally built woman they desire.

HEAVY– The women featured are various degrees of beautiful with a Body Mass Index at the farthest point north of the average (read morbidly obese), and on the surface can crush any man they lie on. 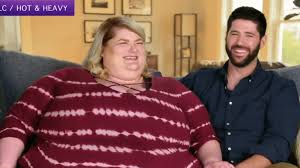 One of the strangest things about the programme was that these guys love their curvy partners so much, one of them tried to sabotage the efforts of his well proportioned wife who was trying to lose weight for health reasons.

Of course the jokes cruelly wrote themselves too. During an intervention, a family member of one of the featured men, made a remark about “addressing the elephant in the room”.

In another scene, one of the couples went for a romantic stroll in the street and were eating ice cream. Someone shouted at her from a moving car, that she shouldn’t be eating ice cream. In fairness he had a point. It was a cold and rainy day.

The women were not taking any prisoners either. One remarked of her finace’s best friend and designated best man at her impending nuptials, who wasn’t supportive of the relationship, that “he sucked the air out of the room”.  She was 500lbs and best man was skinny bloke struggling to reach 100lbs. All she had to do was take a deep breath and best man would disappear up her nostrils.

The programme reminded me of a situation many years ago (which I think I may have mentioned before), when I went to the now defuncted XXL. In front of me waiting in the queue to get into the gay club that catered for bears and their lovers and also one of two gay venues that played good house music at the time in London, which was my primary reason for being there and also for the general lack of “attitude”, you got in other gay clubs, was a fine masculine and muscular young man in his early 20s, with his bubble ass straining against his tight jeans and arousing feelings in my nether parts. He was with group of friends and I made a mental note to seek him out in the club and get his number, with the idea of introducing myself properly to his butt, at a later date. But my plan was blown apart, when in one dimly lit corner of the club, was a fat guy who I can only describe as looking like Jabba the hut, seated on a two-seater sofa which he filled out, with his trousers down to his ankles. And knelt between his legs was a guy 1/10th his size giving him a blowjob. And when the guy came up for air, it turned out to be bubble butt in the tight jeans guy, I saw earlier in the queue. Mission aborted. I wasn’t going to compete with Jabba – I know my strengths.

I am always amazed when I see a mixed weight couple in the street, and I try and keep an open mind, but this sort of celebrates morbid obesity.  The PR spin for the series tries to explain that “Men who love plus-size women don’t have a fetish, they have a preference, just like some men prefer blondes, others want more to love…”

I have also taken up reading to fill some of the void left as a result of abstaining from Social media. Like I mentioned previously I am not a keen reader; give me a good TV series any day and I am good. But I am willing to get out of my comfort zone and I have almost finished a 200-page book I started last summer.

I even started reading the Bible. Not sure why, perhaps now that I am less distracted by Grindr and such, I am subconsciously drawn to thinking about life on either side of the aftermath of the Coronavirus pandemic.

Anyway I came across a Bible Passage, which in my opinion, actively endorses men sleeping together.

(And for emphasis, I even underlined the parts of the verses, like a good Christian Pentecostal pastor that I will never be, would).

There was a man all alone;
he had neither son nor brother.
There was no end to his toil,
yet his eyes were not content with his wealth.
“For whom am I toiling,” he asked,
“and why am I depriving myself of enjoyment?”
This too is meaningless—
a miserable business!

Also, if two lie down together, they will keep warm.
But how can one keep warm alone?

Who would have thunk it? After the death sentence passed on Men who lay with men in Leviticus; followed by the ambiguity that is the nature of the relationship between David & Jonathan in 1 Samuel, that the Old testament would approve of (male) same sex relationships?

God, please deliver us from this social distancing malarkey and I promise you I shall abide by your word as laid out (forgive the pun) in Ecclesiastes 4, in Jesus’ name. Amen.

Speaking of social distancing, later today at 8pm, we in the UK have been asked to give a big round of applause to Doctors, Nurses, Paramedics and Carers (from the safety of our balcony, front doors, garden, windows, etc) in a show of appreciation for their ongoing hard work in the fight against the coronavirus. This is similar to an action which began in Italy and Spain last week and continues everyday during this epidemic. 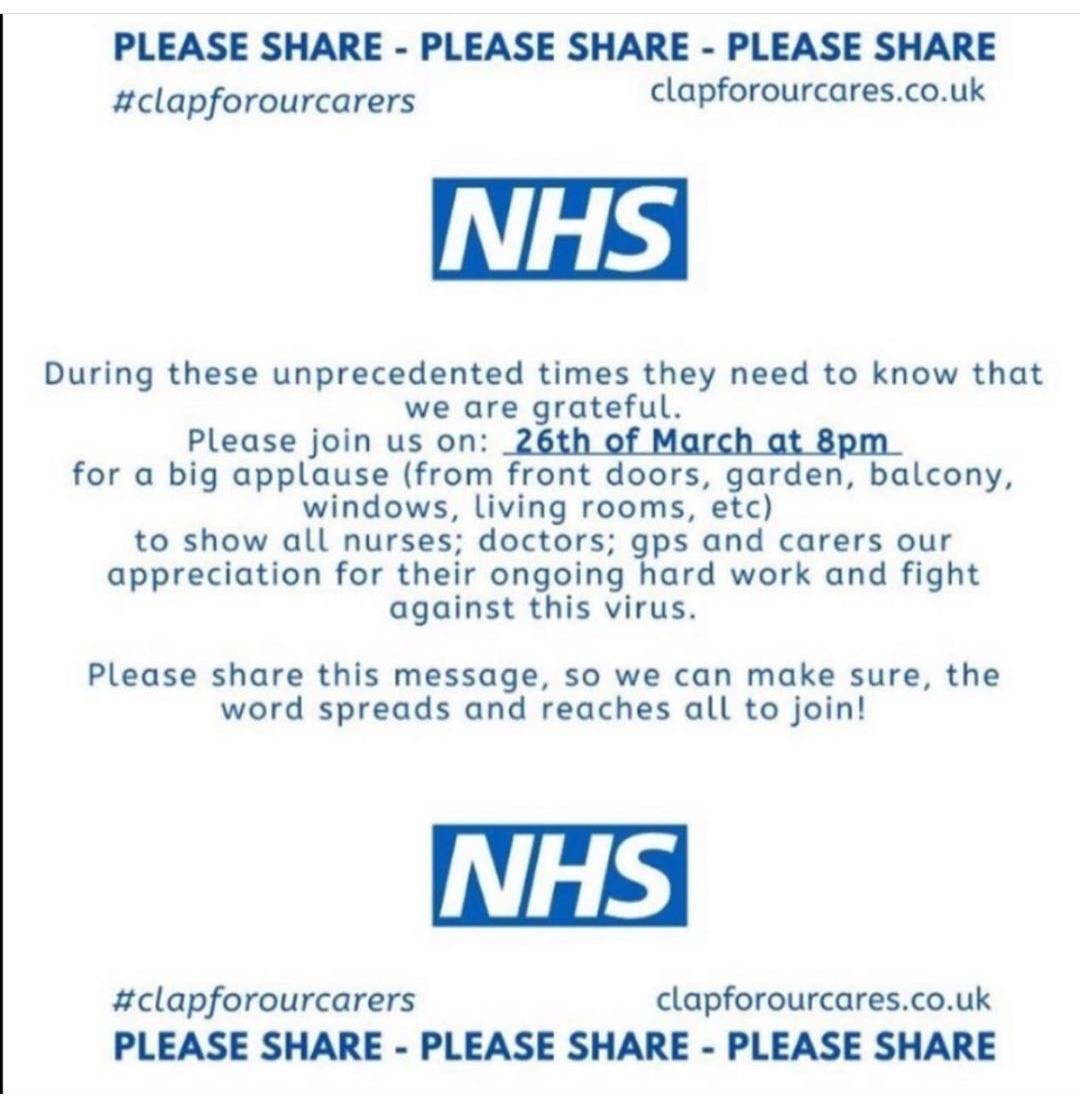 My neighbour who lives next door with his girlfriend, is a virologist in an NHS hospital. He is a handsome, dark haired English cheeky chap in his late 20s. He is about 5’11’’, weights around 75kg, athletic and plays five a side football twice a week with his mates.

Last summer, I missed a delivery and the package was delivered next door. I went to collect it and he opened the front door wearing nothing but a pair of glasses, white briefs, socks and a cheeky smile. Naturally I scanned him and clocked his strong muscular legs and the big bulge in his briefs. For health and safety reasons, I really hope he is a shower and not a grower; because anything bigger would wreck havoc on anyone’s insides. Only a cocky person would be bold enough to open his front door in that manner. And when he turned around to get my delivery from inside the house, he presented a bum which was round and firm and definitely doable.

Perhaps, maybe after the social distancing restriction has been lifted

Be safe and stay indoors.