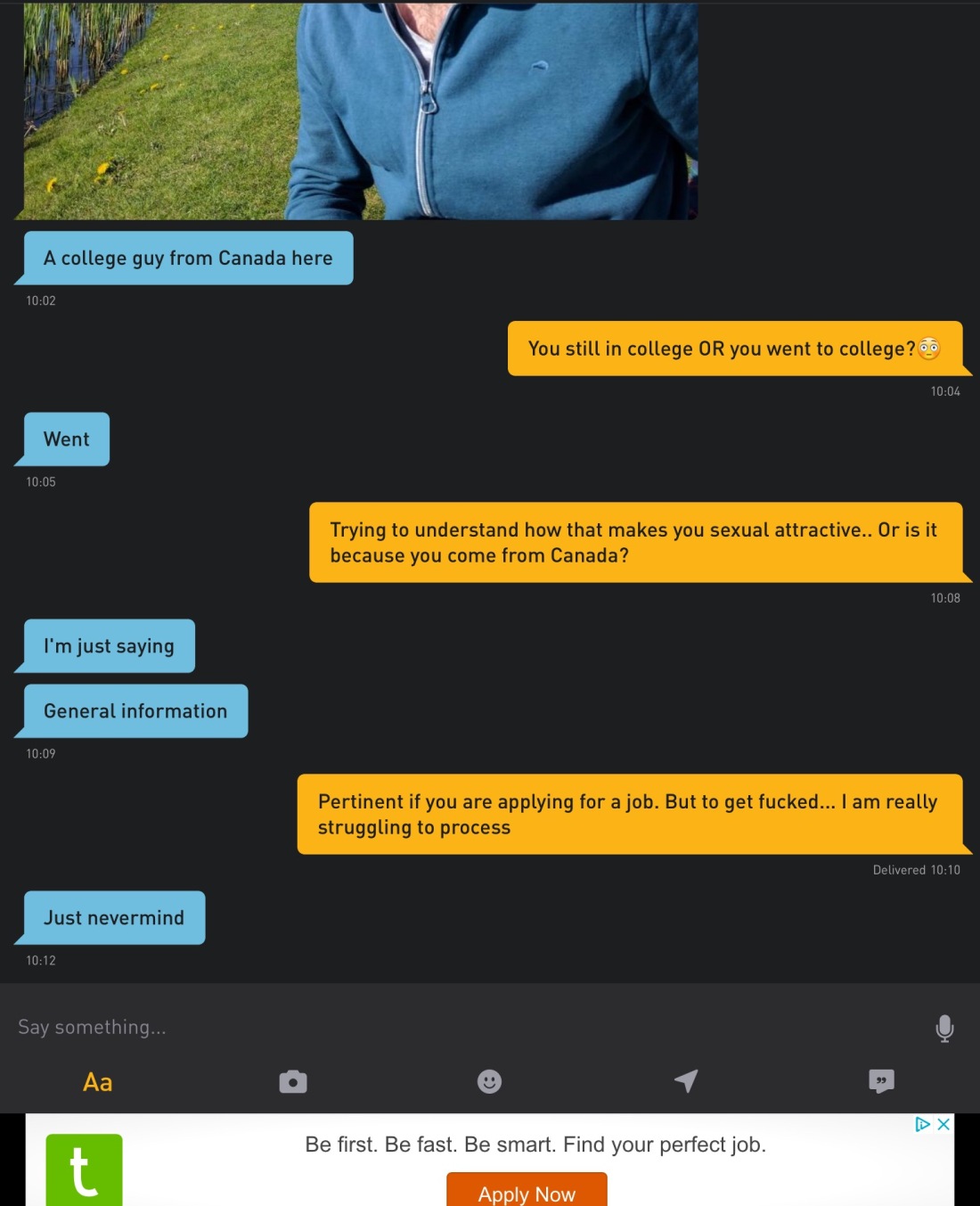 I have come across some profiles in recent times, that you would be forgiven for thinking that Grindr was a job app like LinkedIn rather than a hook up app.

And the way I flip between apps on my iPad and being a certified simpleton, one of these days I think I just might respond to a message in LinkedIn with one intended for Grindr.

I struggle to see how being a graduate would help one’s quest for a shag on Grindr.

It is as if by declaring “I went to college”, I would say “Brilliant, bring your skinny arse over and let me ravage it”

The other day, one guy sent me a message accompanied with dick and butt pics. When I checked his profile he proudly proclaimed that he had a PhD and was looking for a serious relationship.

Last weekend a “High flying lawyer” in central London sent me pictures of his chiselled body but flat behind, offering to split the Uber fare if I came over to his place. Cheapstake. How did I know he is a “High flying lawyer“? Yes, that’s correct. It’s on his profile.

It got me thinking. If we all listed our academic and career achievements on Grindr, mine might read something like:

Then maybe a gay MD of an FTSE 100 company would offer me a job post coitus.  I guess I wouldn’t have to worry if got the job due to affirmative action.  Assertive action definitely but not affirmative …but I digress….

Unfortunately, these accomplished erudite punters like the slim ones mentioned above, just don’t bother reading profiles or do, but lack basic English language comprehension, for why else would they reach out to me when our profiles don’t match?!!

When people complain that Grindr has killed romance in the gay community , I often reply that Grindr is exactly what we want it to be:-

It could be a quick hook up app; A source of amusement (both uses I subscribe to, though since Nov 20 2016 it’s been more of  the latter than the former) or; an app leading to a long term relationship culminating in a globally televised wedding, featuring a black preacher and gospel choir in a typical English Church, prompting inane comments from British television pundits about “never seeing so many black people at a wedding before”.

But job hunting certainly wasn’t one of the uses I had in mind for Grindr.