So Adele dropped her new single Hello yesterday and the video got over 25million hits world wide within hours of its release. I have been listening to the song intermittently since its release and now its an earworm stuck in my head. It seems to have  affected my responses to messages on Grindr.

See what happened during a conversation today (My responses are in the orange bubble on the right): 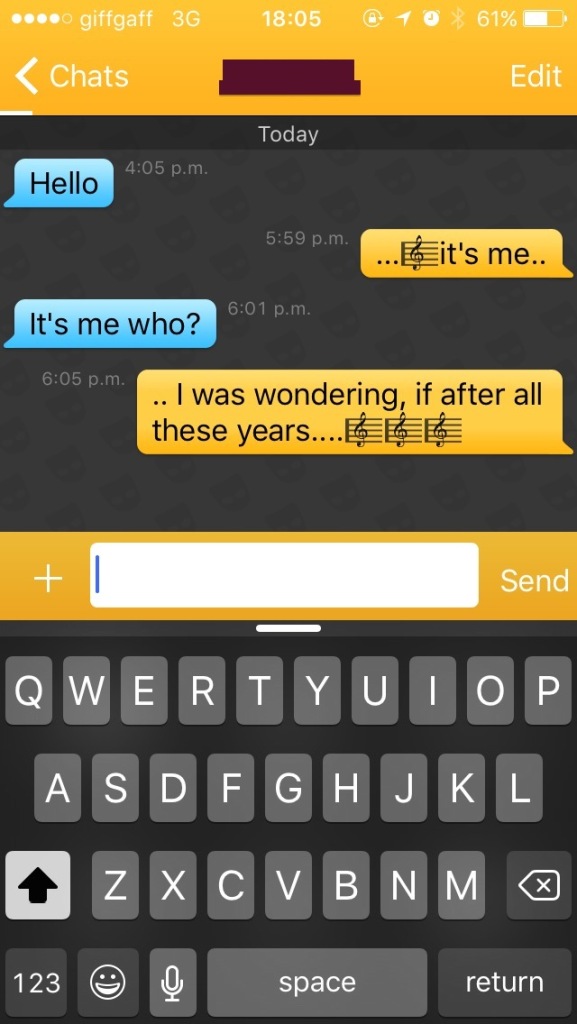 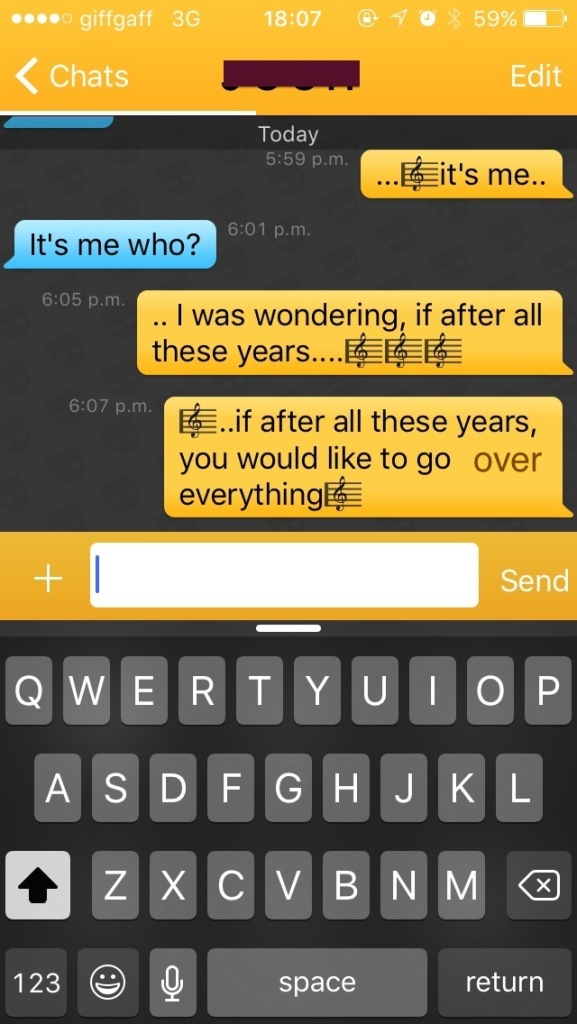 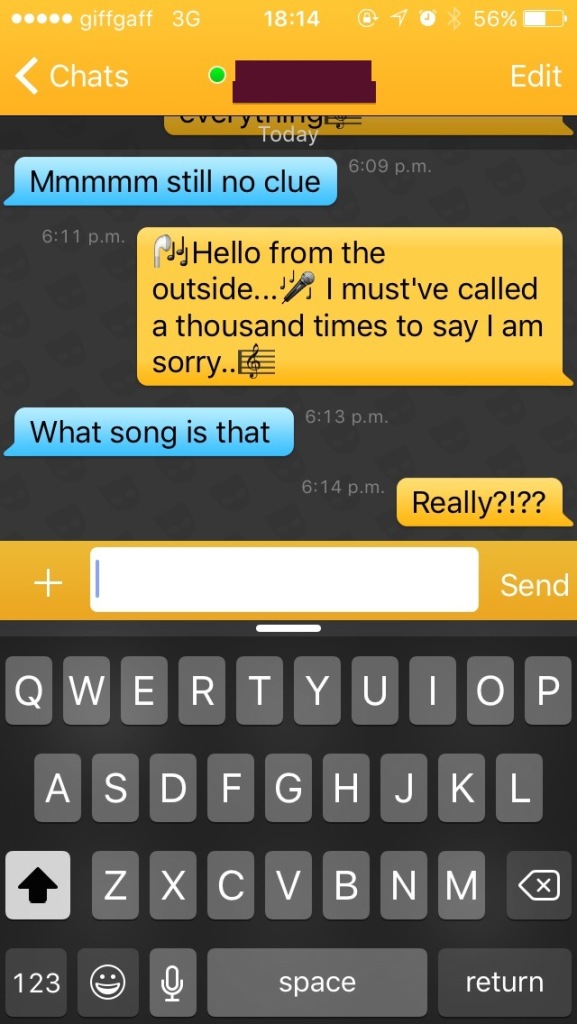 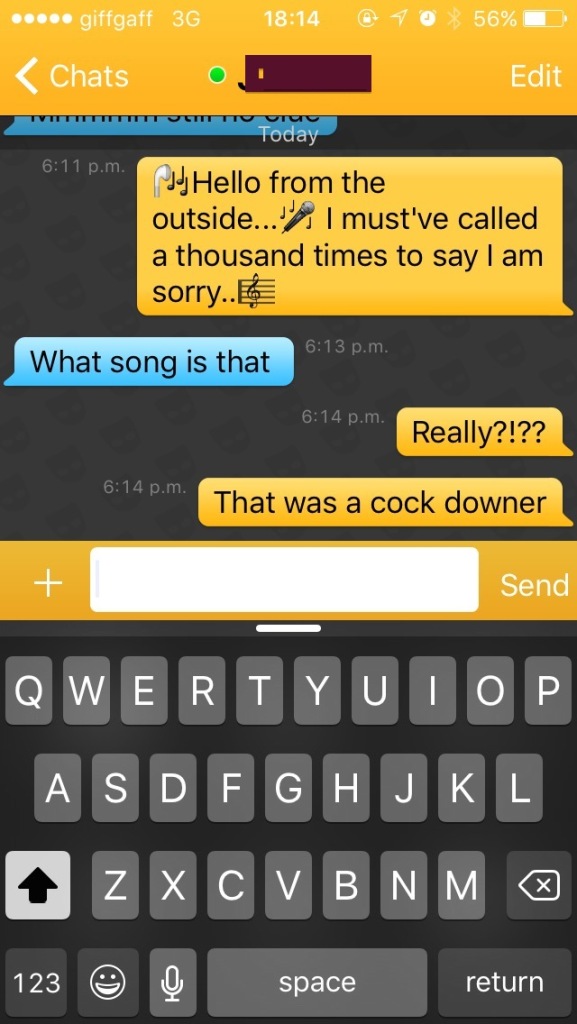 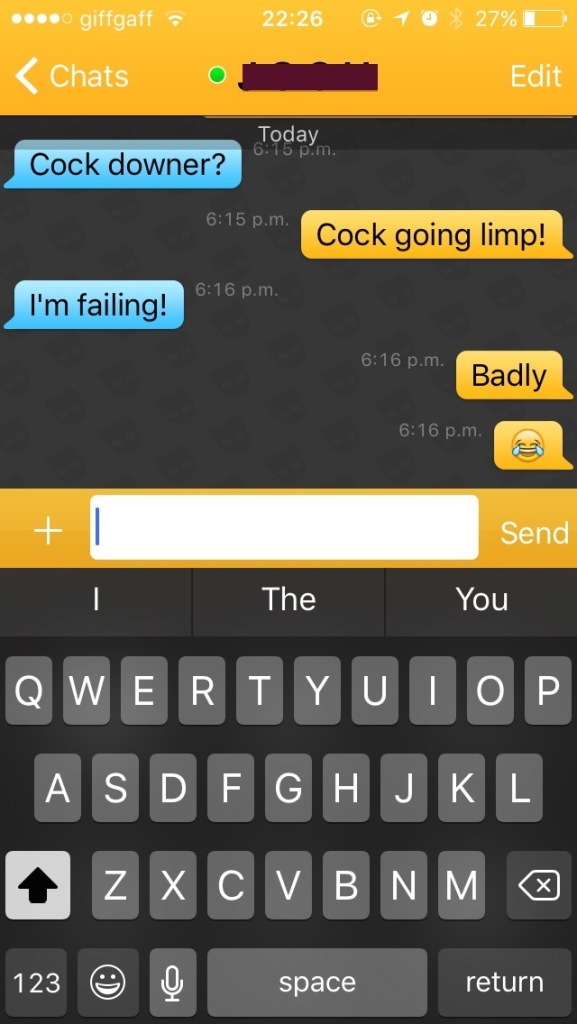 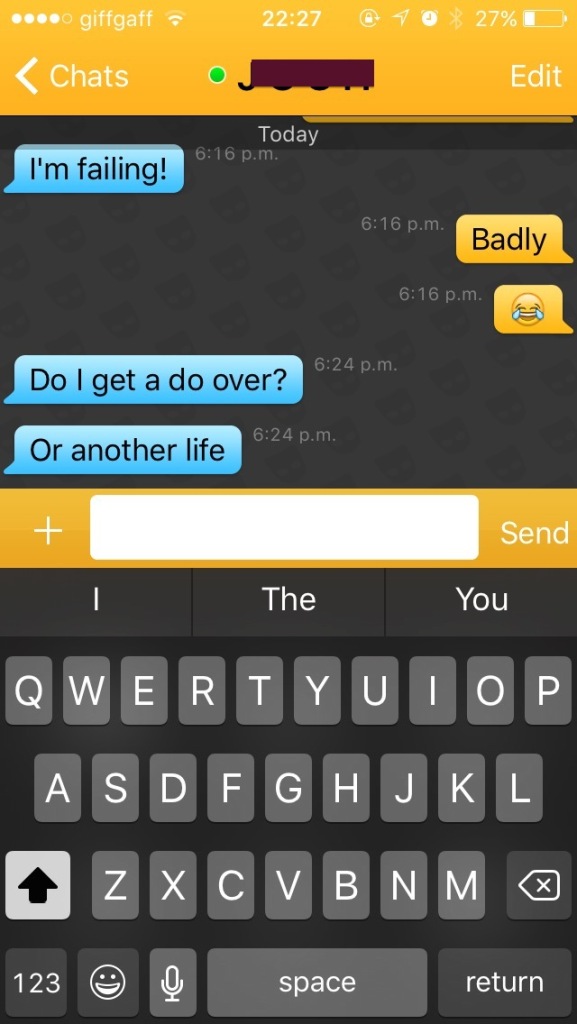 Crap!! Over 25million people watched the video and I get contacted on Grindr by one person who hasn’t seen it. Pfffttttt!!😥😥

7 thoughts on “Crap I Get On Grindr III”